BY KATHY BORLIK, FOR NDWORKS

It’s 1 p.m. at Perley Primary Fine Arts Academy in South Bend. The children return from recess and settle into the afternoon routine. In three of the classrooms — second, third and fourth grades — there is a break from the norm. A passer-by hears the pupils learning Korean, Portuguese and Hindi. Counting in Portuguese, the alphabet in Hindi, naming clothing items in Korean. There is music, and educational games, dance and art. 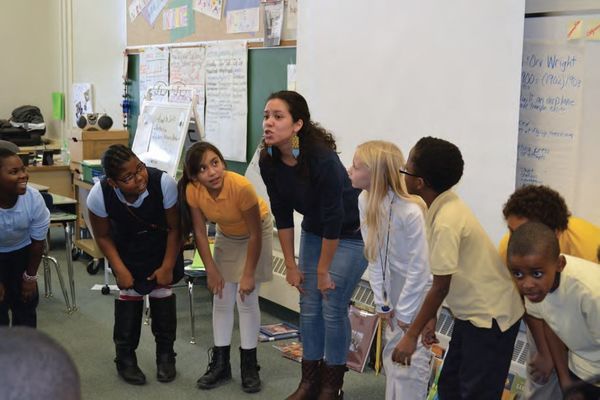 The Perley pupils are excited for new adventures and school administrators see the possibilities of expanding the worldview of students. This mini-tour of the world is brought to Perley by Notre Dame’s Center for the Study of Language and Culture (CSLC) and the Fulbright Foreign Language Teaching Assistants (FLTA). With this opportunity, the TAs have a chance to learn about American public schools, gain teaching skills and insight into young minds. After a successful first year for the venture in 2014, the Fulbright Scholar Program is taking note and looking at expanding to other campuses, according to Jay Caponigro, director of community involvement at ND. The Fulbright Foreign Language Teaching Assistants volunteer and teach 30-minute classes, Monday through Friday. There is a four-week session in the fall and another in the spring. 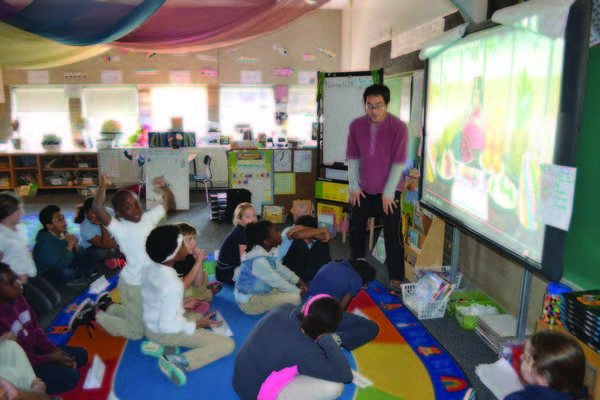 The three FLTA students are Don Kim, Korean; Maria Castro, Portuguese; and Suman Rani, Hindi. All three said it is exciting to see the process in action and watch the students learn. Perley principal Jill Vandriessche says her staff and the TAs have worked to blend the experience with the curriculum and focused on the same material. “Last year we were tentative about how it would work. I could not believe how well it aligned.” Last year the Perley pupils embraced the Fulbright students. “They became part of the Perley family,” Vandriessche says. There were tears and hugs last spring when the first team left. She said her students are not often exposed to a global view from their neighborhood. This program expands their world. And she has seen success stories already with pupils willing to try, grasping concepts and believing in themselves. “It gives them a level playing field. They are all learning at the same time.”

Caponigro says his office and CSLC wanted to find a way to get the Fulbright students out and engaged in the community. “I credit Jill (Vandriessche) and her team for integrating and using the resources” “It’s a great partnership. It took the right people and the right energy to make it a success,” Caponigro says. 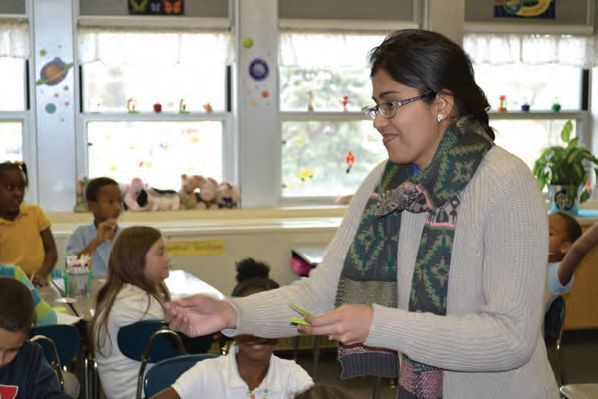